It’s hard to believe, but Arkansas at the turn of the 20th century was a hotbed for radical labor organizing and socialist thought. In this series – Socialism in the Natural State – we’ll be shining a light on this lesser-known side of Arkansas history.

The Call to Action

The edition accessed at the state archives was Vol 1, Issue No. 4, published March 27, 1912. Here are a few transcribed articles: 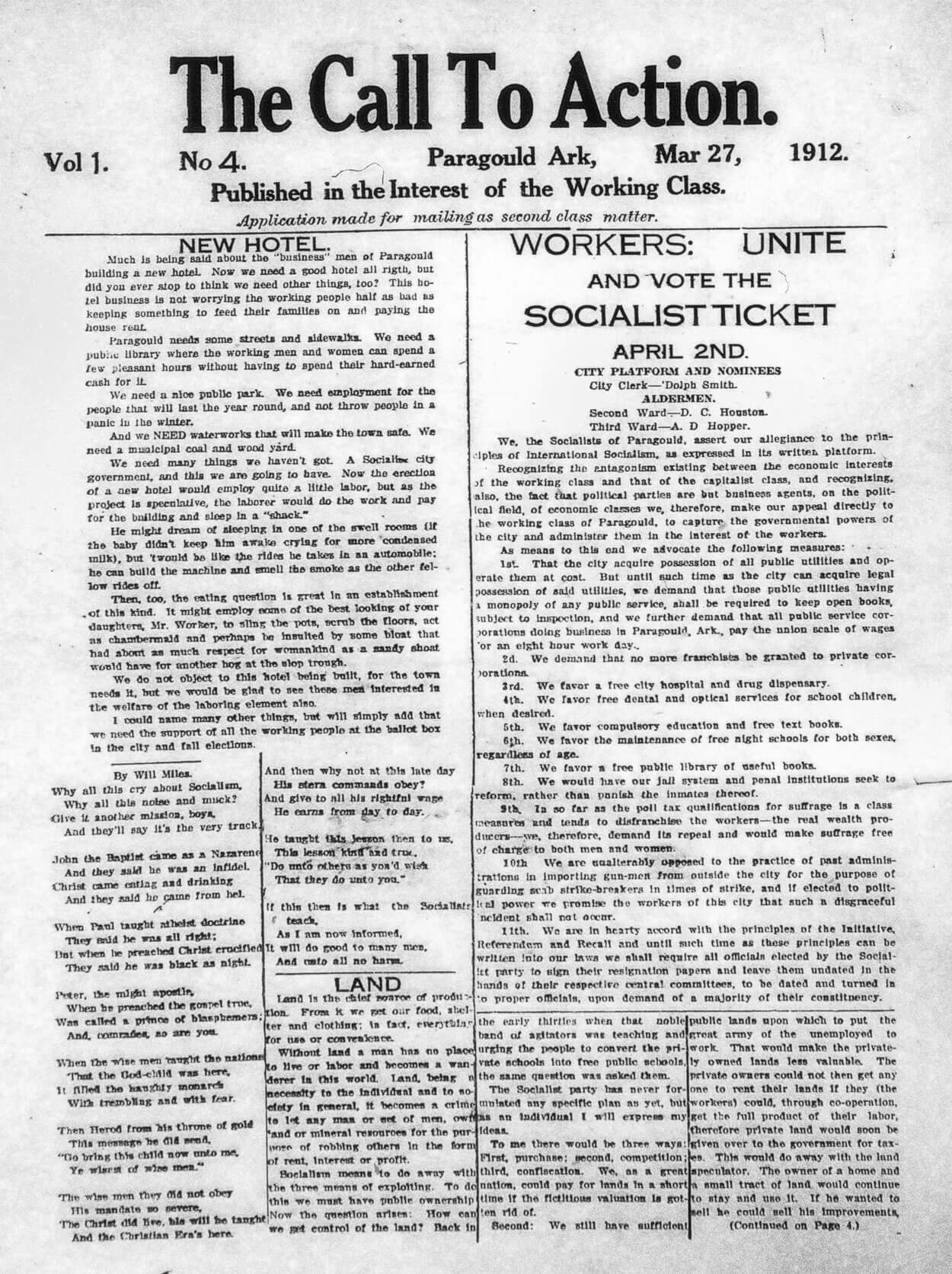 We, the Socialists of Paragould, assert our allegiance to the principles of International Socialism, as expressed in its written platform.

Recognizing the antagonism existing between the economic interests of the working class and that of the capitalist class, and recognizing, also, the fact that political parties are but business agents on the political field of economic classes we, therefore, make our appeal directly to the working class of Paragould, to capture the governmental powers of the city and administer them in the interest of the workers.

As means to this end we advocate the following measures:

Land is the chief source of production. From it we get our food, shelter and clothing; in fact, everything for use or convenience.

Without land a man has no place to live or labor and becomes a wanderer in this world. Land, being a necessity to the individual and to society in general, it becomes a crime to let any man or set of men, own land or mineral resources for the purpose of robbing others in the form of rent, interest or profit.

Socialism means to do away with the three means of exploiting. To do this we must have public ownership. Now the question arises: How can we get control of the land? Back in the early thirties when that noble band of agitators was teaching and urging the people to convert the private schools into free public schools, the same question was asked of them.

The Socialist Party has never formulated any specific plan as yet, but as an individual I will express my ideas.

To me there would be three ways: First, purchase; second, competition; third, confiscation. We, as a great nation, could pay for lands in a short time if the fictitious valuation is gotten rid of.

Second: We still have sufficient public lands upon which to put the great army of the unemployed to work. That would make the privately owned lands less valuable. The private owners could not then get anyone to rent their lands if they (the workers) could, through co-operation, get the full product of their labor, therefore private land would soon be given over to the government for taxes. This would do away with the land speculator. The owner of a home and a small tract of land would continue to stay and use it. If he wanted to sell he could sell his improvements, but not the land. The improvements would be private property and would represent his individual labor and no one would have a right to it. But he did not create the land, so he has no right to hold it as his own.

Third: Truthfully speaking there is no real title to land. It was first taken by might through war, then given to the ruler’s friends and pets, then to the land grafters, then to the individual. And, by right, all should be legally handled for having in their possession stolen property. America belonged to the Indians [unintelligible]. They did not record their deeds and titles, yet in a crude way they enjoyed the use of the lands as a whole, the proof of exploitation being so plain. I think the whole people are the rightful owners of all lands and must have their own. To take back what has been taken away from you is no harm.

The writer has not been very explicit in this article. He leaves room for thought. Each individual must think for himself. Any further questions on this subject will be carefully answered if you will write to this paper asking the editor for the desired information. 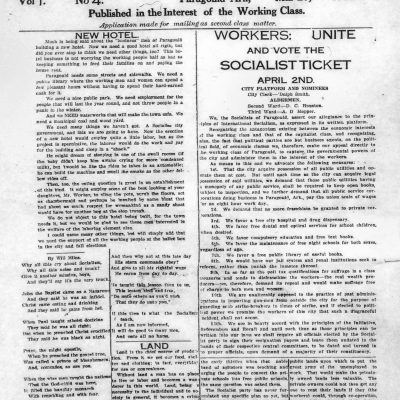 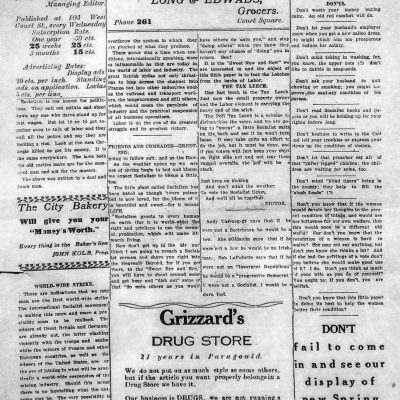 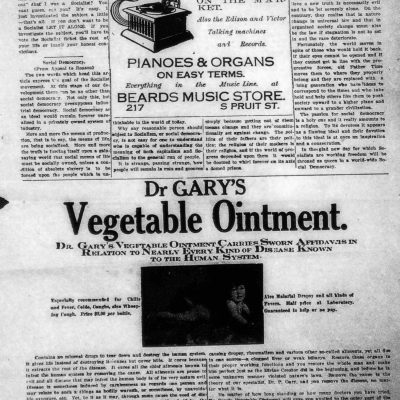 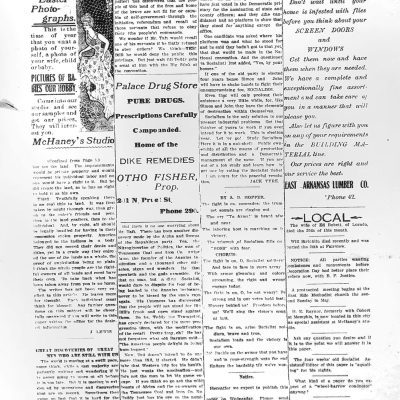 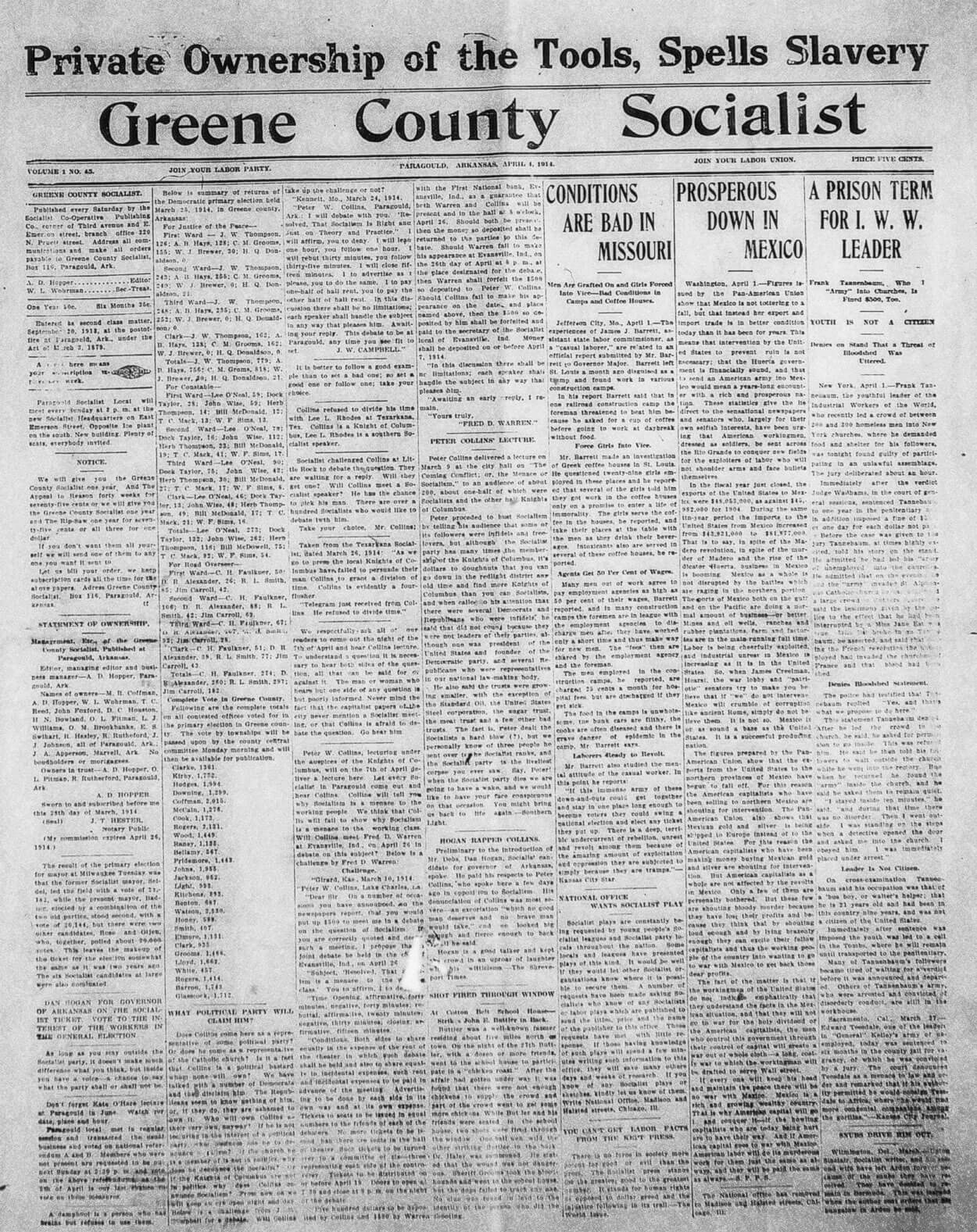 Cover of the Greene County Socialist, 1914

Conditions are Bad in Missouri

Jefferson City, Mo., April 1 – The experiences of James J. Barrett, assistant state labor commimsioner [sic], as a “casual laborer,” are related in an official report submitted by Mr. Barrett to Governor Major. Barrett left St. Louis a month ago disguised as a tramp and found work in various construction camps.

In his report Barrett said that in one railroad construction camp the foreman threatened to beat him because he asked for a cup of coffee before going to work at daybreak without food.

Agents Get 50 Per Cent of Wages

The men employed in the construction camps, he reported, are charged 25 cents a month for hospital fees but are discharged if they get sick.

The food in the camps is unwholesome, the bunk cars are filthy, the cooks are often diseased and there is grave danger of epidemic in the camp, Mr. Barrett says.

Mr. Barrett also studied the mental attitude of the casual worker. In this point he reports: “If this immense army of these down-and-outs could get together and stay in one place long enough to become voters they could swing a national election and swing any ticket they put up. There is a deep terrible undercurrent of rebellion, unrest and revolt among them because of the amazing amount of exploitation and oppression they are subjected to simply because they are tramps.” – Kansas City Star ▮

A lot of Christian men are still so much in love with capitalism because of some financial advantage over the [rest] of their fellow men, that they happen to possess, that their secret prayer doubtless runs something like this: “Our Master, who are Mammon, sacred be thy name; Thy kingdom has come, thy will is done in earth in spite of heaven. Give us this day our dividends, and forgive us our debts while we forgive the mortgages we hold over our debtors. Lead us not into Brotherhood, and deliver us from Socialism, and ours shall be the interest and the rent and the profits forever. Amen.” – O.I. Babcoke

Our people content as a rule that there is no difference between the Democrat and Republican parties. This is a grave mistake. A Democrat is against Republican graft and he can see it, my! He can see graft in the very air a Republican breathes – especially if the Republican holds an office. A Republican is against a Democrat – office or no office; he can’t see anything but a Democrat unless the Socialists get about strong enough so there is danger of the spoils going out of their hands, then they forget the enemy of years and fall upon each other’s necks [This means to embrace affectionately –Editor]. Which one of the old grafters is to fool you out of your vote this fall? – Cleveland Derrick ▮ 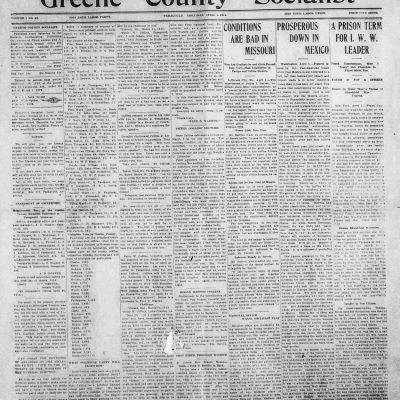 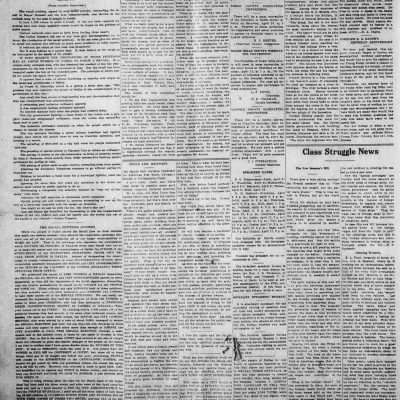 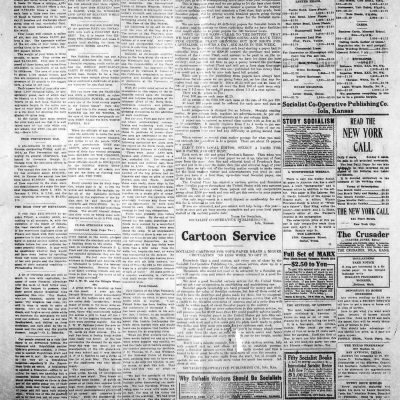 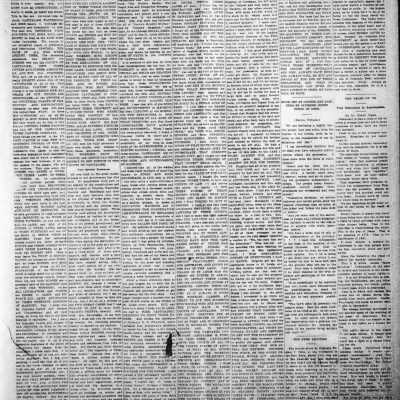 That’s all for this installment of Socialism in the Natural State. Stay tuned for more peeks into Arkansas’s radical history!

Want more Arkansas socialist history? See all articles in the Socialism in the Natural State project.

Note that Arkansas Worker does not necessarily condone the theoretical positions in the publications highlighted for this series. 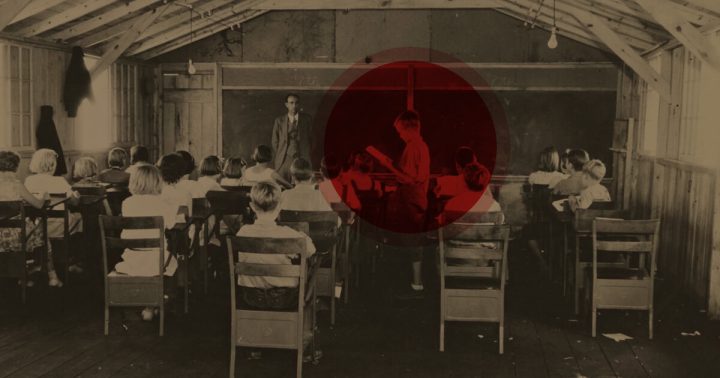 What “Free” Education Costs in the Imperial Core 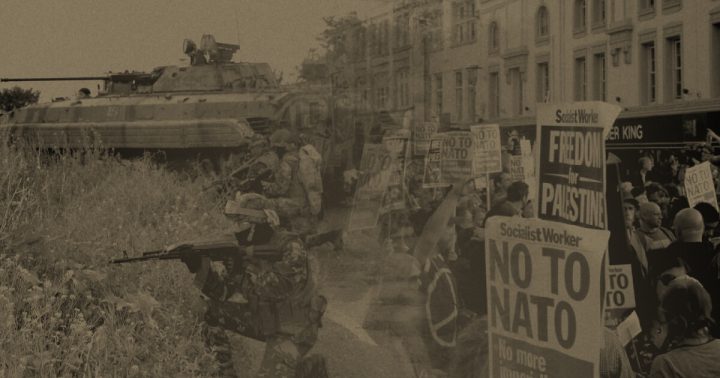 What You Should Really Know About Ukraine 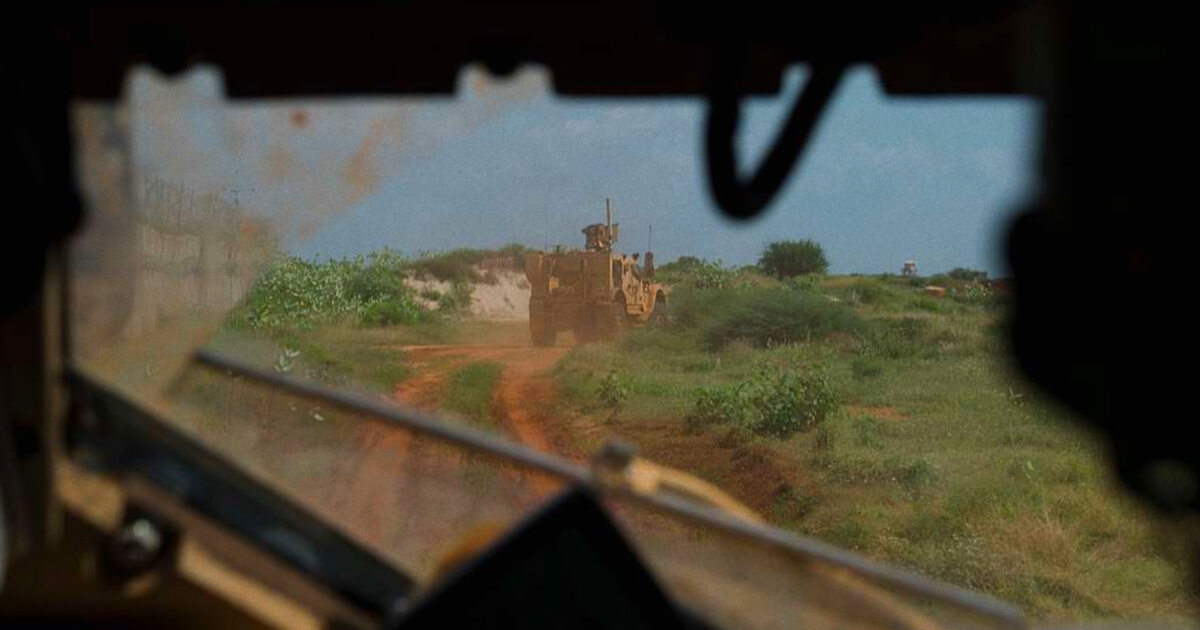 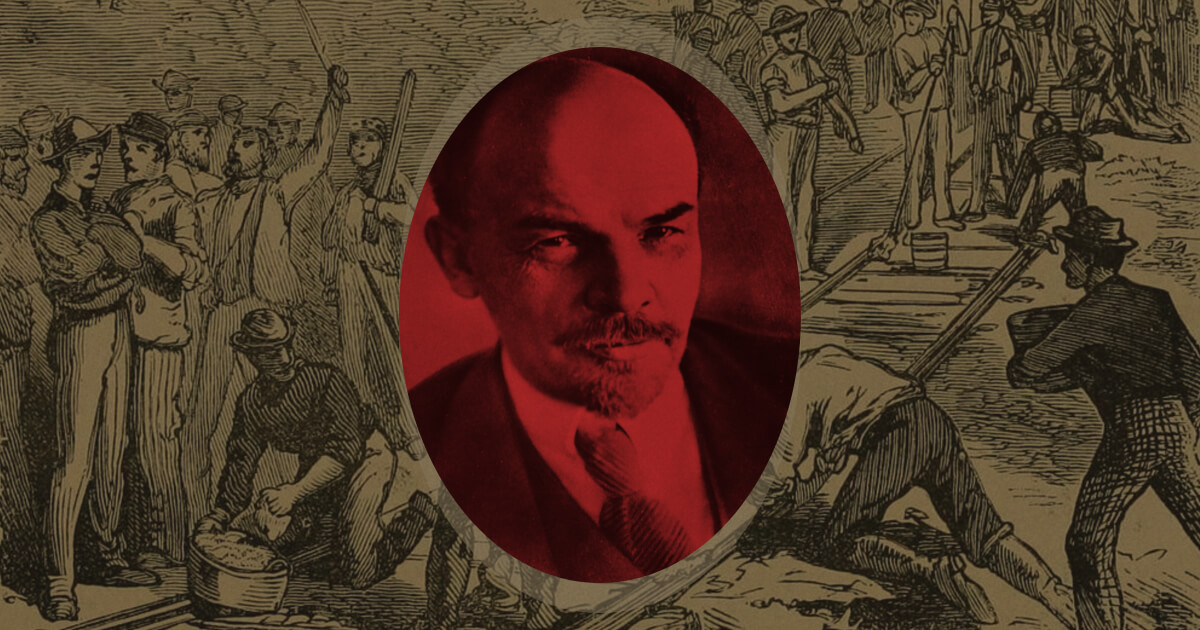 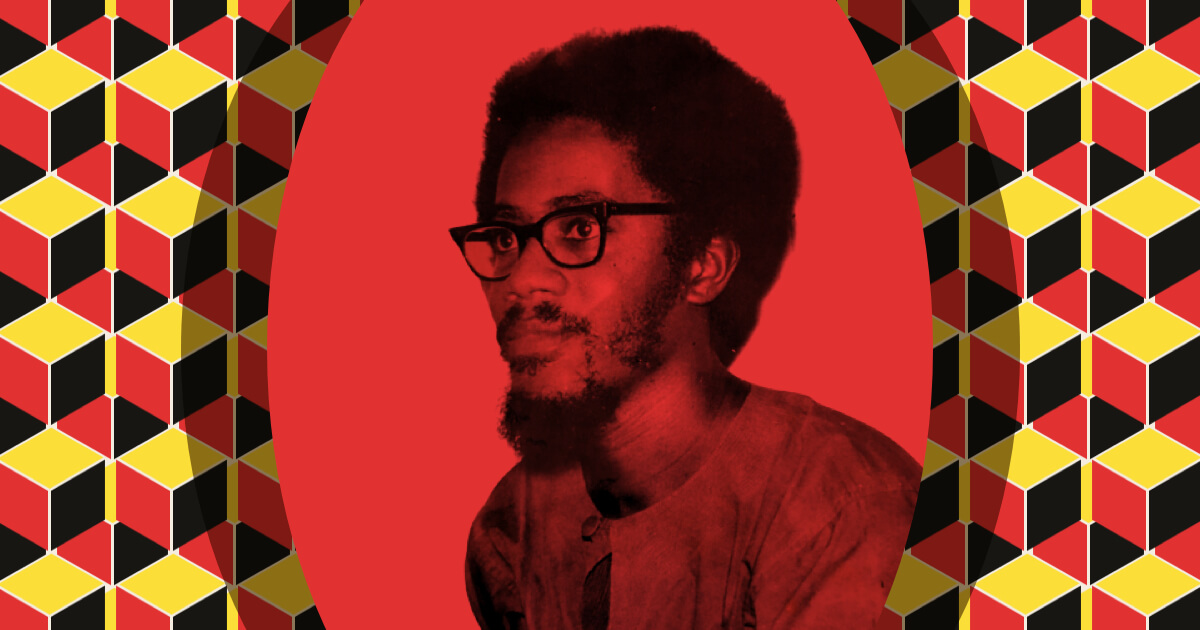 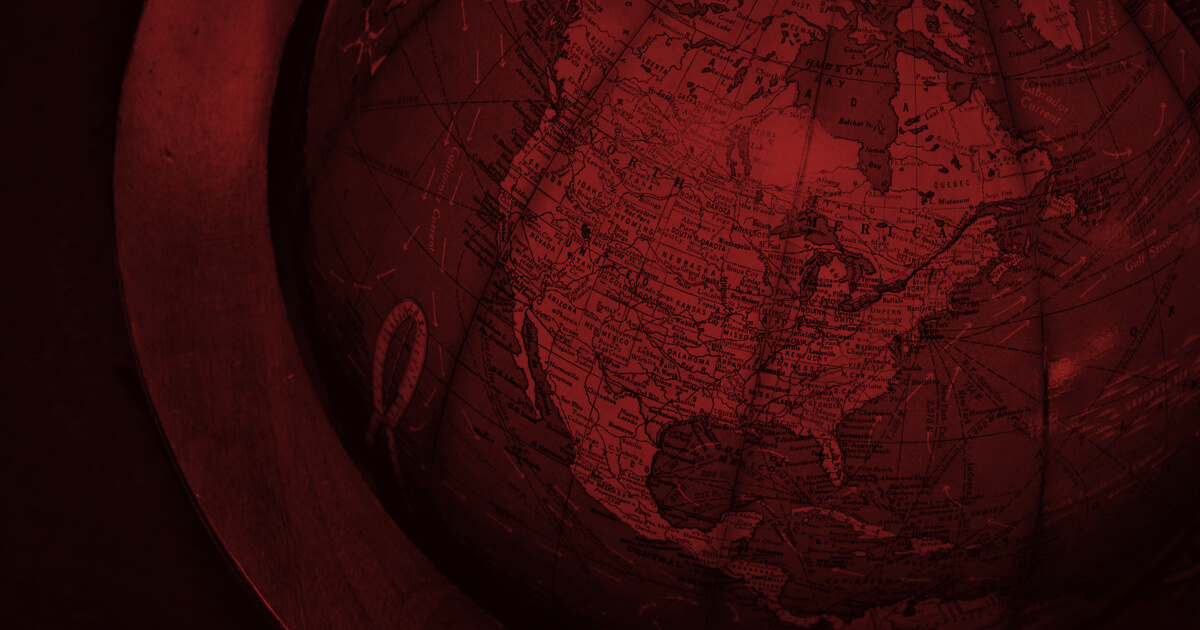 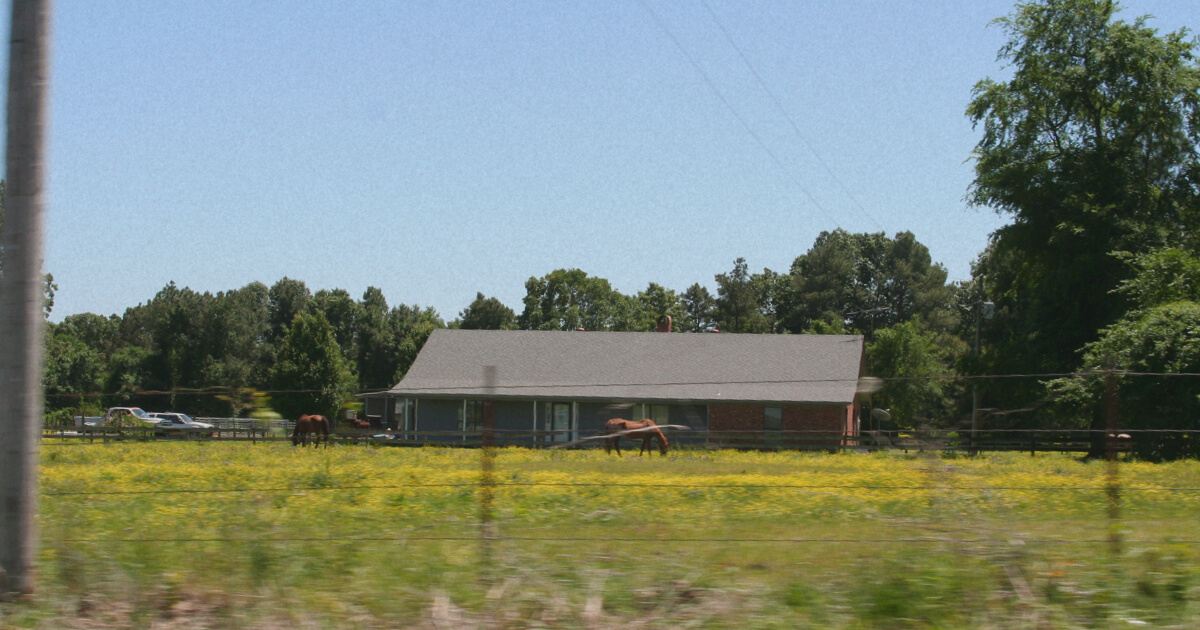 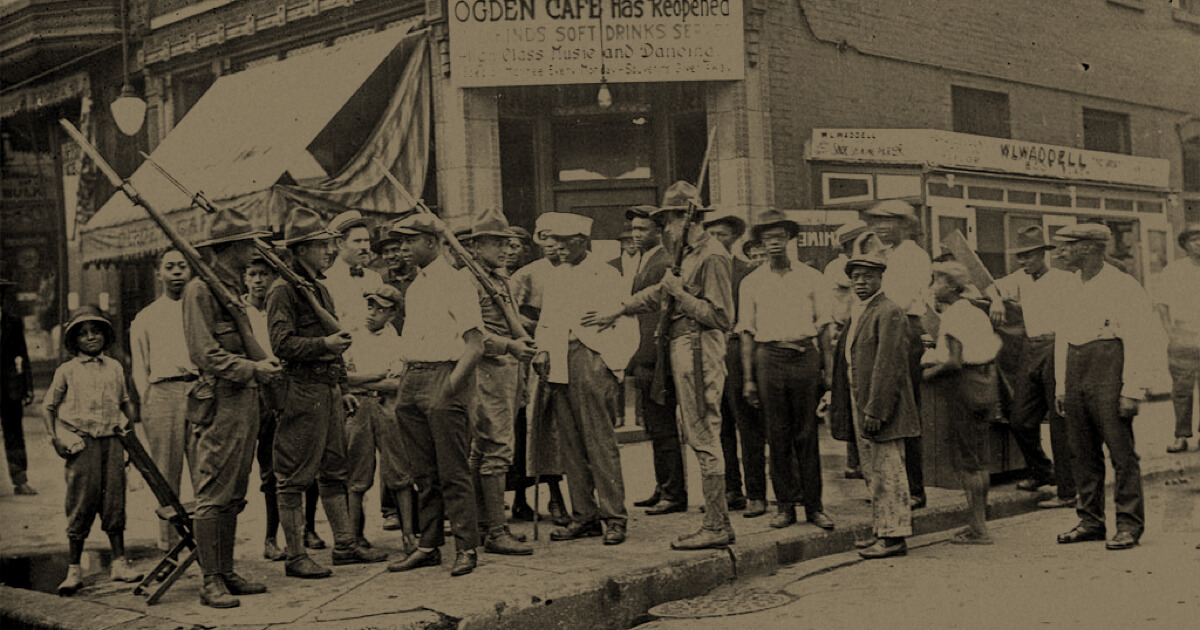 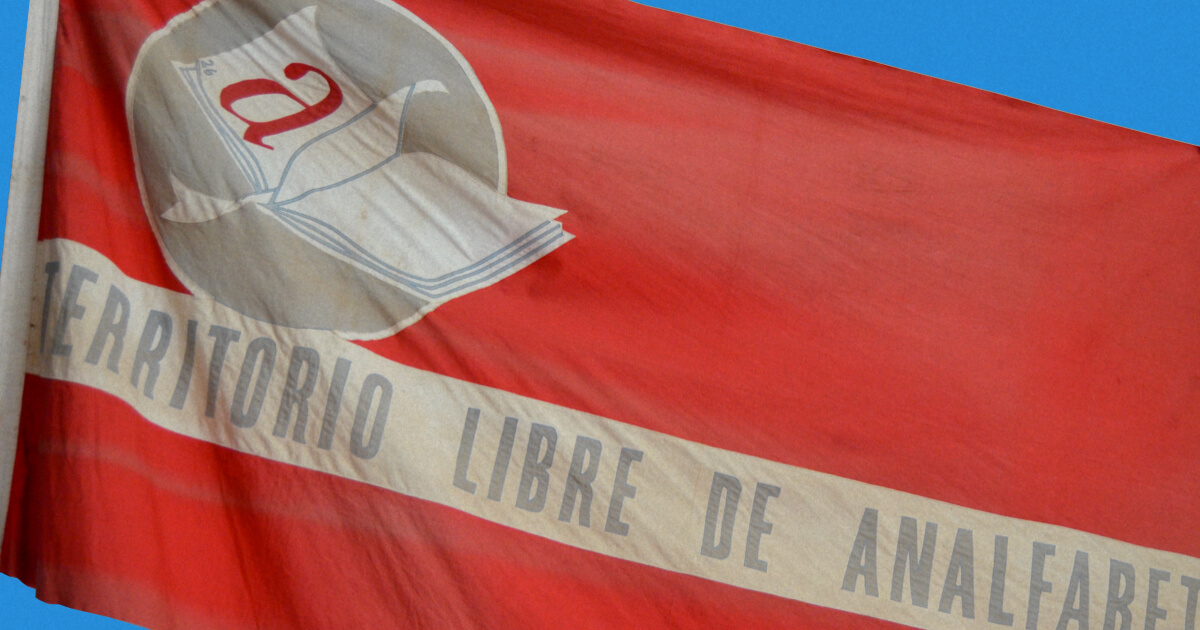